The small shrimp Thor amboinensis is one of the 16 species that make up the genus Thor, which in turn is part of the family Thoridae, within the order of decapods. It is a species with a very wide geographical distribution, and can be observed in the tropical regions of the Indian and Pacific Oceans, as well as in certain areas of the eastern Atlantic Ocean (Canary Islands, Madeira and Cape Verde) and western (from Brazil to Florida). The habitat of these colorful shrimp is coral reefs or rocky areas, almost always in very well-lit waters, with few currents and quite shallow (up to 30 meters deep).

The body of Thor amboinensis is small, with female specimens reaching a maximum length of 2 cm, and males being somewhat smaller. The body is reddish-greenish in color, with white spots that are surrounded by a thin blue line. This shrimp is easy to identify due to its characteristic posture, in which the abdomen and tail arch upwards, reaching a higher height than the head. If we stop to observe the specimens of Thor amboinensis, we will observe a dance in which they move slightly up and down the tail.

This is a species that is frequently observed in pairs, although it is also possible to observe it in groups of up to 20 individuals. Thor amboinensis usually establishes symbiotic commensalistic relationships with various species of anemones (Condylactis gigantea, Stichodactyla helianthus, Stichodactyla haddoni, Actinoporus elegans, Heliofungia actiniformis or some species of the genus Cerianthus), as well as with some corals (Physogyra lichtensteini and Plerogyra sinuosa).

The reproduction of Thor amboinensis, as usual in shrimp, after fertilization of the eggs the females will carry them under their abdomen until they hatch. Individuals of Thor amboinensis are sequential protandric hermaphrodites, so the shrimp are born and reproduce first as males and then become 'transitional' individuals later on, apparently after a single molt. In this transitional stage, shrimp lose male appendages and develop female characters (e.g., white spots on pleopods, maturing ovaries). During the next molt, the shrimp become female and remain so for the rest of their lives.

The diet of Thor amboinensis is based mainly on the mucus of the cnidarians in which it lives, although it will not hesitate to feed on any other organic debris that may pass in its vicinity.

The life expectancy of Thor amboinensis specimens is up to 3 years. 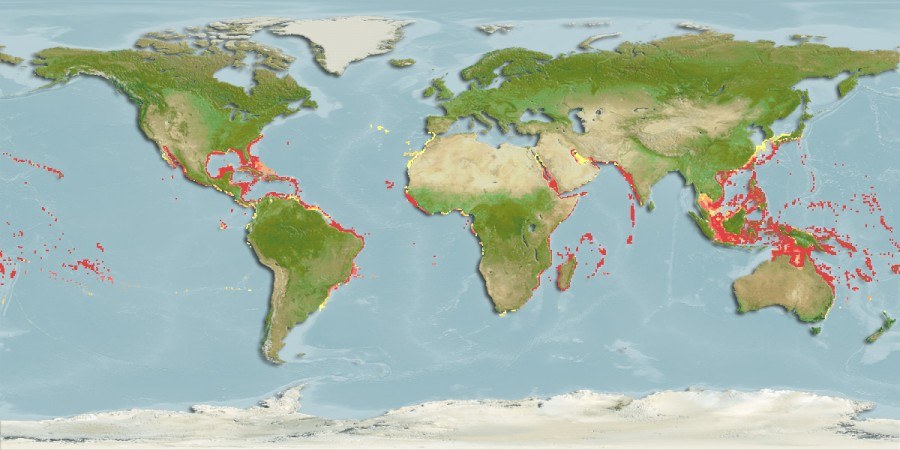