Fromia indica is a species of starfish belonging to the family Goniasteridae, within the order Valvatidae and the class Asteroidea. They live on sandy/muddy seabeds, as well as on reef slopes and seagrass beds. We can find specimens of this species in the shallow waters (1-25 meters deep) of the Indian and Pacific Oceans, being more frequent to observe specimens during the day than at night, when they usually hide among rocks and corals.

The body of Fromia indica adopts the characteristic morphology of starfish, a pentaradial symmetry with a dorsoventrally flattened body with a pentagon-shaped central disk from which 5 conical and elongated arms emerge. Intense red or orange is the usual color of its body, with black or dark brown tips at the ends of the 5 arms. In some specimens we can observe a pattern of fine black lines that form a lattice on the dorsal part of the body, a feature that differentiates them from the nearby species Fromia milleporella. It can reach up to 15 cm in diameter.

The ambulacral system of Fromia indica allows the specimens to move to capture their food, as well as to exchange gases with the surrounding water. By means of rhythmic muscular movements, they manage to generate pressure in the ambulacral system by taking water from the outside, and as a consequence they are able to move the ambulacral feet present on the entire ventral surface of the body. Fromia indica feed mainly on detritus, although they are able to capture prey such as certain molluscs, crustaceans and other sea stars. When this occurs, the specimen will evert its stomach outwards in order to digest its prey.

Fromia indica is a protandric hermaphrodite species, which means that they start their life as males, and these may become females during their life. Fertilization in this species is external, forming a ciliated larva of small size and bilateral symmetry, which is dispersed by currents. With the passage of time, the larva will develop into a juvenile specimen, and consequently will adopt the characteristic pentaradial symmetry. 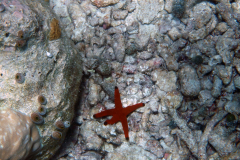 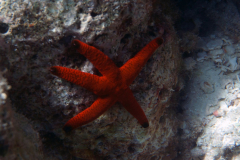 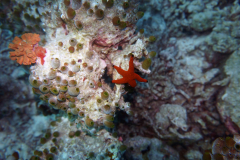 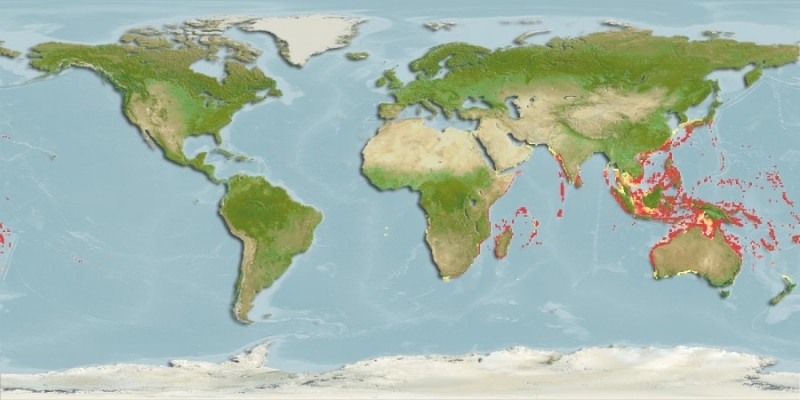