The dalmatian linckia or Linckia multifora is an echinoderm that is part of the class Asteroidea, the order Valvatida, and within this, the family Ophidiasteridae. It is a very common species in the waters of the western Pacific and Indian Oceans, although it can be found in any circumtropical region. It usually lives on coral habitats up to 50 meters deep.

Linckia multifora is a starfish with pentadial symmetry formed by its 5 cylindrical arms with slightly narrower and blunter tips. Although the above is true, it is possible to observe specimens with six or seven arms, and in fact these are more frequent than the 5-armed specimens. They reach sizes of up to 12 cm in diameter, and their coloration pattern is very variable among individuals. Generally the base color is creamy, brown, green or whitish, on which we find a pattern of brown, gray, red, cream or purple spots. The texture of its surface is rough, and this is due to the presence of numerous granulations on its surface.

Sometimes it is possible to observe certain parasitic snails in specimens of Linckia multifora. This is the case of the snail Stylifer linckiae, which belongs to the Eulimidae family, and which is a parasite that feeds on the very tissue of the dalmatian linckia.

The diet of Linckia multifora is based on filamentous algae, microorganisms found on the bottom and also detritus.

This species of starfish has the ability to self-amputate one of its arms in situations where it feels threatened. With this, it aims to confuse the attacker so that he focuses on the amputated arm and not on the rest of the body of Linckia multifora. This is not a problem for the specimen, since they have a high degree of self-regeneration and after a few months, the specimen that amputated itself will have its lost arm fully regenerated and functional. This phenomenon, technically known as autotomy, is so frequent in this species that it is considered in practice as a form of asexual reproduction in this species. As for the sexual reproduction of this species, they have separate sexes without any external difference between females and males. The male and female specimens release their gametes into the water, where fertilization will occur and a larva will be generated, which will spend several weeks as part of the plankton. After approximately one month of planktonic life, the larva undergoes the process of metamorphosis to descend to the seabed as a juvenile individual. 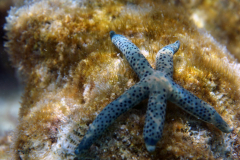 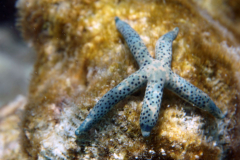 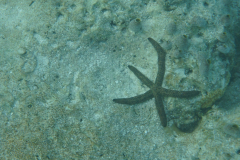 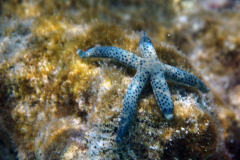 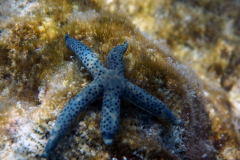 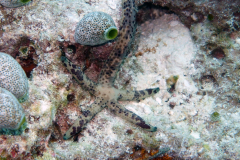 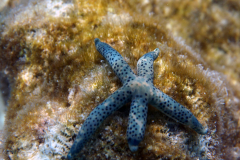 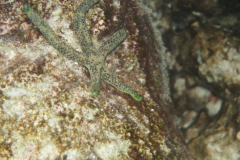