Chaetodon trifasciatus is one of the 88 members belonging to the genus Chaetodon, which together with 11 additional genera make up the butterflyfishes family (Chaetodontidae) in which there are currently a total of 129 described species. It is a species that is distributed throughout the Indian Ocean, and until recently it was believed that it was also present in the Pacific Ocean, although recently it has been considered that in the latter territory the species is another, Chaetodon lunulatus. Chaetodon trifasciatus is associated with coral reefs at depths of up to 20 meters, although there are records of specimens found at depths of up to 1,000 meters.

The feeding of Chaetodon trifasciatus is exclusively formed by corals, with a strong preference for those of the genus Pocillopora. During the day the specimens feed among the corals, and during the night they seek shelter in them.

Chaetodon trifasciatus is a dioecious species, or of separate sexes, oviparous, and of external fertilization. Spawning occurs before dusk. They form pairs during maturation that will last for their entire lives. 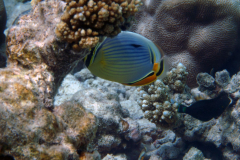 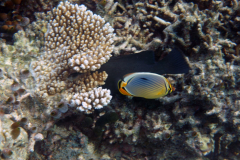 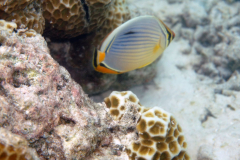 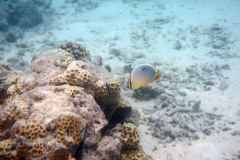 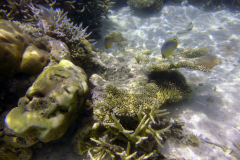 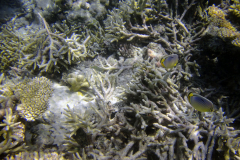 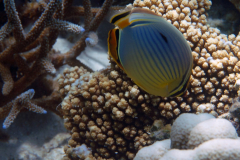 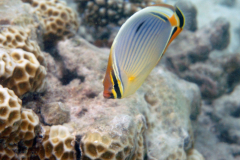