Trachinotus baillonii belongs to the carangid family (Carangidae). It is a species usually found in the surf zone along the sandy beaches of the Indian and Pacific Oceans. In the Indian Ocean this species is widely distributed except for the Persian Gulf where it is not present. In the Pacific Ocean, we can find it from Japan to Australia and up to the Marshall Islands.

The coloration of Trachinotus baillonii is bluish silver dorsally and silvery white ventrally. On the flank it has 1-6 black circular markings along the lateral line. These spots are absent in juveniles and as they grow the number of spots increases. It may have a different number of these spots on both sides of the body. In adults, these spots are smaller than the size of the eye itself. The color of the caudal, second dorsal and anal fins is gray with generally darker lobes. The pectoral fins are pale to dark yellow, and the pelvic fins are dark yellow to orange-yellow.

The diet of Trachinotus baillonii is based mainly on crustaceans and annelids. 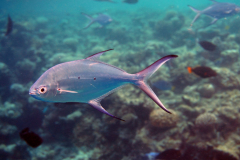 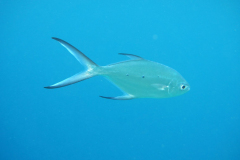 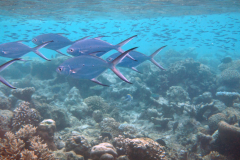 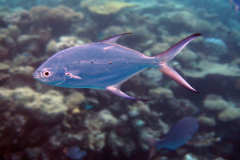 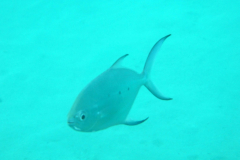 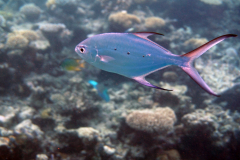 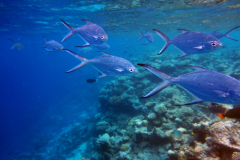 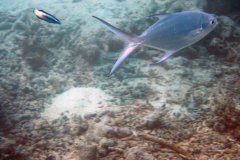 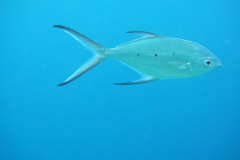 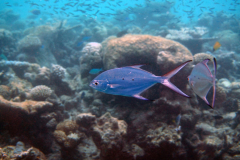 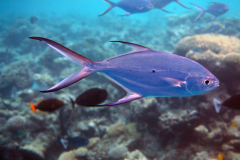 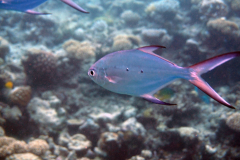 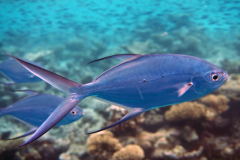