Strongylura leiura, also known as Banded long-tom, is a species of the family Belonidae belonging to the order Beloniformes. It inhabits the coastal waters as well as the estuaries of the vast Indo-Pacific region, from South Africa in the east, following the eastern coasts of Africa, Pakistan, India and Sri Lanka in the Indian Ocean, and the coasts of Southeast Asia, the Philippines and Australia in the Pacific Ocean. Juveniles of this species usually inhabit the confined waters associated with the mangroves of these areas.

Strongylura leiura is a predatory species, which occasionally reaches considerable speeds that it uses to capture its prey among which we find other fish, crustaceans and invertebrates in general. 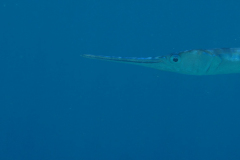 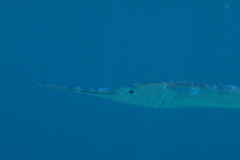 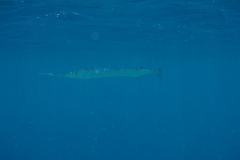