Chaetodon citrinellus is one of 88 members of the genus Chaetodon, which together with 11 additional genera make up the butterflyfishes family (Chaetodontidae) in which a total of 129 species are currently described. We find this species in the waters of the Indian and Pacific Oceans, from the Red Sea, East Africa, to Hawaii, the Marquesas Islands, south to northern Japan and south to Australia. It is a coastal fish, associated with reefs and with a preference for waters less than 35 meters deep.

The diet of Chaetodon citrinellus is omnivorous although conditioned in part by its specialized and small mouth. Among the most common prey we find coral polyps, polychaetes, anemones and other marine invertebrates such as copepods and amphipods. Occasionally it complements its diet with some filamentous algae.

Regarding reproduction, Chaetodon citrinellus has individuals with separate sexes that form monogamous clutches, in which the females lay their eggs in the water column usually at dusk, and the male releases a cloud of sperm to fertilize them. Currents in the area disperse the fertilized eggs. 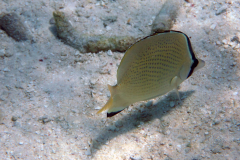 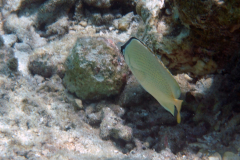 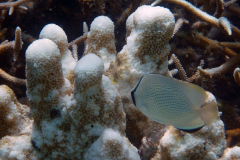 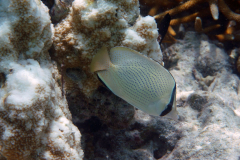 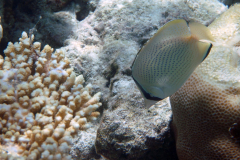