Chaetodon meyeri is one of 88 members of the genus Chaetodon, which together with 11 additional genera make up the butterflyfishes family (Chaetodontidae) in which a total of 129 species are currently described. This species is distributed throughout the tropical waters of the Indian and Pacific Oceans, from the east coast of Africa, across the entire Indian Sea to the Line Islands and Hawaii, and from Japan to the southern Great Barrier Reef of Australia. Generally, the species is associated with environments with a high presence of corals, with specimens found in waters up to 30 meters deep.

The specimens of Chaetodon meyeri feeds exclusively on corals, although it probably feeds more on the mucus they produce than on coral tissues.

And as for reproduction, it is a species with separate sexes, whose pairs spawn just before sunset, to maximize the chances of survival of their long ones, since these will not be cared for by the parents, but are left to the mercy of the currents that spread them over a large territory. 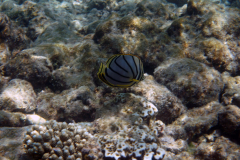 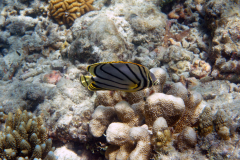 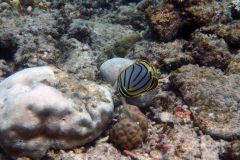 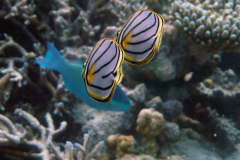 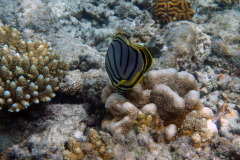 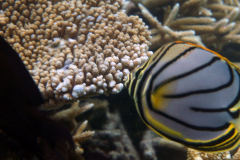