Chaetodon striatus is one of 88 members of the genus Chaetodon, which together with 11 additional genera make up the butterflyfishes family (Chaetodontidae) in which a total of 129 species are currently described. This species is found in the western Atlantic Ocean, from the coasts of Massachusetts to Brazil, including the entire Gulf of Mexico and the Caribbean Sea. It inhabits rocky and/or coral bottoms and can be seen at depths of up to 55 meters.

Chaetodon striatus feeds mainly on polychaete worms, coral polyps, crustaceans and molluscs, and eggs, scraping the invertebrates with its teeth. Adults may form aggregations of up to 20 individuals, occasionally also with other reef fish species. It is a diurnal species, active during the day; it sleeps at night. 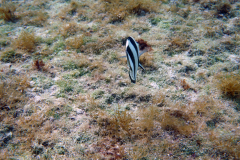 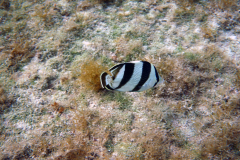 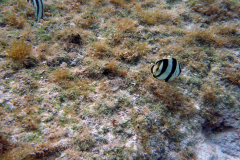