Chaetodon triangulum is one of 88 members of the genus Chaetodon, which together with 11 additional genera make up the butterflyfishes family (Chaetodontidae) in which a total of 129 species are currently described. This species is found in the tropical waters of the Indian Ocean and a small part of the Pacific Ocean. It is present on the east coast of Africa, from South Africa to the Red Sea, in the Arabian Sea, Madagascar, Seychelles, Andaman Islands, Thailand, Singapore, Indonesia and Taiwan. It inhabits coral regions at depths of up to 25 meters where it is usually associated with corals of the genus Acropora, as well as in seagrass beds.

It is a territorial species that lives in pairs. Feeding is based on coral polyps (mainly Acroporas). They will defend an area where these corals are present, chasing without hesitation any other species or specimen of butterflyfish that enters their territory. 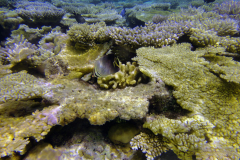 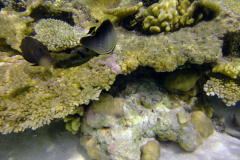 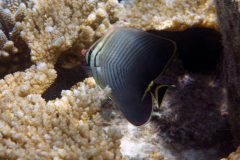 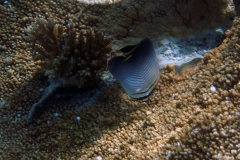 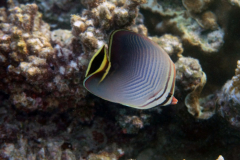 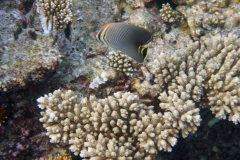 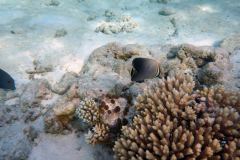