Yellowtail clownfish (Amphiprion clarkii) belongs to the family Pomacentridae. The genus name Amphiprion comes from two Greek terms, 'amphi' = 'on both sides' and 'prion' = 'saw', since on both sides of the head it has a preoperculum with a saw-like serrated margin. While the specific epithet clarkii was given in honor of the illustrator John Clark who assisted Bennett in his expedition to Sri Lanka (Ceylon).

As for the coloration of Amphiprion clarkii, this is variable depending on the geography in which we find them. The base color is orange-brown which is present on the rostrum, belly and all fins except the dorsal fin. The rest of the body (including the dorsal fin) is black. It has three vertically oriented white stripes that originate on the back. The first one is located just behind the eye. The second vertical stripe is born just at the level of the first soft rays of the dorsal fin. Finally, the third white vertical line is located on the caudal peduncle.

As for the behavior of this species, and as mentioned at the beginning, the specimens of Amphiprion clarkii establish symbiotic associations with different species of stinging anemones, which give them protection and shelter. On the part of the anemones, these get from the symbiotic relationship, a tireless cleaner that will be at all times aware of algae and debris that may be placed on the anemone or its surroundings.

Amphiprion clarkii is a species that feeds on various things. These include algae, zooplankton and crustaceans.

Yellowtail clownfish is classified as a fish with protandric hermaphrodite reproduction, meaning that the small communities of this species living in a specimen of an anemone are male and there is a dominant female (usually the larger individual). In the absence of the dominant female, the male with the highest rank within the community becomes the female. When the eggs are laid, the females attach them to the substrate right next to the anemone, so that their tentacles protect them. The clutch is watched by the male, who will constantly ventilate them with his fins until the moment they hatch. 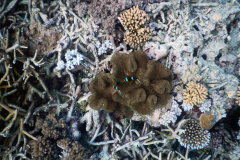 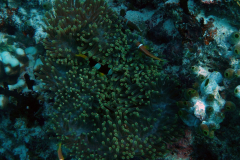 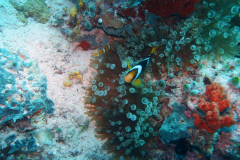 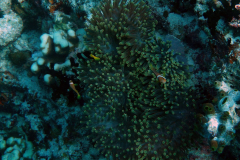 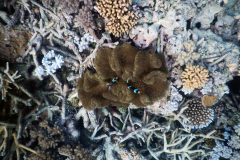 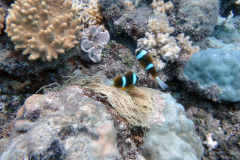 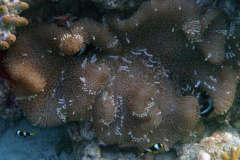 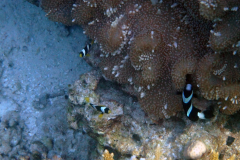 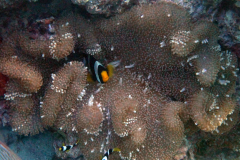 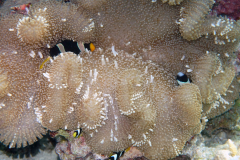 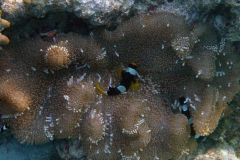 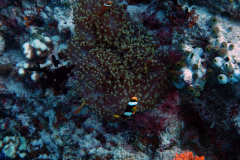 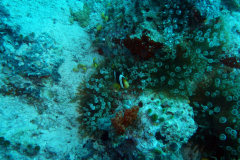