This species is known as the blue-finned jack (Caranx melampygus), because of its characteristic and striking body tone. It is a species of considerable dimensions (maximum length described 117 cm and 43.5 kg in weight) and wide geographical distribution (tropical waters of the Pacific and Indian Oceans). It is a species of predatory habits with a diet consisting predominantly of other smaller fish, although occasionally also feeds on crustaceans and molluscs.

The body of Caranx melampygus is strongly compressed laterally. The profile of its head is quite pronounced, very curved in the area above the eye in adult individuals. The ventral profile, however, is completely straight. The upper jaw reaches the vertical of the eyes, and is provided with large conical teeth that border an internal line of fine teeth. The lower jaw has only a single row of conical teeth.

Caranx melampygus inhabits both coastal and open ocean waters in a multitude of ecosystems, such as bays, coral reefs, lagoons, seagrass beds or sandbanks. Juvenile individuals tend to form schools, with a transition to solitary behavior occurring as individuals mature. As a curious fact of their behavior, adult individuals of the same reef tend to congregate in the same place during the night hours, and later during the day return to their solitary behavior. 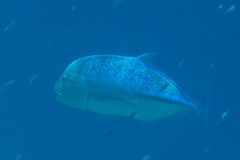 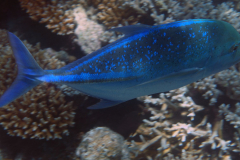 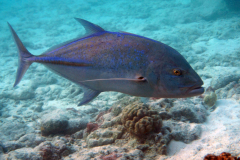 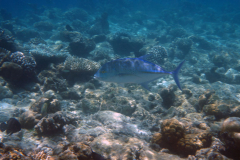 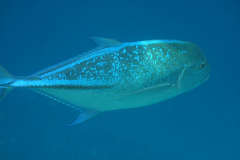 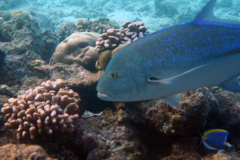 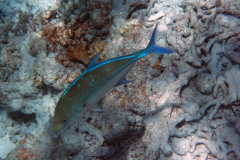 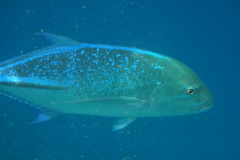 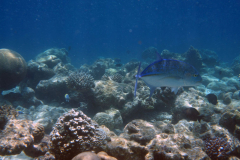 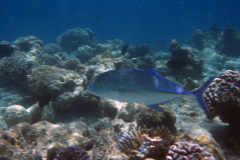 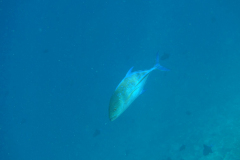 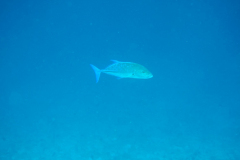 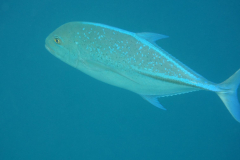 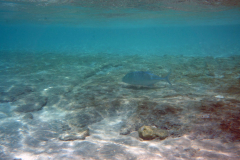 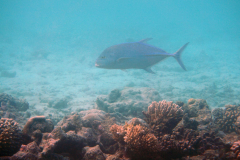