Within the order Carangiformes, and the family Carangidae, we find the species Caranx ruber, also known as the bar jack. This species inhabits the waters of the Atlantic Ocean, on its eastern side (St. Helena and Ascension Islands), as well as on the west coast (from Bermuda and New Jersey to Brazil). Specimens of this species can be observed from shallow waters up to 150 meters deep.

Caranx ruber is a species that is frequently observed forming small schools in crystal clear and shallow waters associated with reefs. Occasionally we can see the specimens in solitary form. Juveniles of this species are frequently associated with Sargassum algae. As for the diet of this species, the main component of its diet consists of small fish, crustaceans and invertebrates.

During the months of February to August is when the spawning of this species occurs. This phenomenon usually occurs in offshore waters. 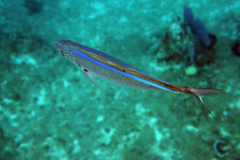 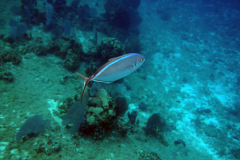 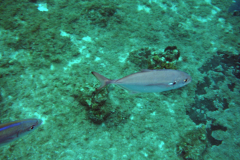