Acanthurus leucosternon is one of the 38 members belonging to the genus Acanthurus, which together with 5 additional genera make up the family of surgeonfishes (Acanthuridae) in which there are currently described a total of 73 species. It is an entopelagic species, that is to say it is a species that does not live on the bottom, but swims above the bottom, but not far from it. It lives in the crystal clear waters of coral reefs, usually at a depth of less than 25 meters. This species occurs in both the Indian Ocean and the Pacific Ocean, being present in Burma, Bangladesh, Cocos, Comoros, Cook Islands, India, Indonesia, Iran, Kenya, Madagascar, Maldives, Mauritius, Mayotte, Mozambique, Christmas Island, Oman, Reunion, Seychelles, Somalia, Sri Lanka, South Africa, Thailand, Tanzania and Yemen.

It is common to observe specimens of Acanthurus leucosternon forming large groups of specimens to feed. It feeds on algae, of which it not only feeds on benthic algae, but also on filamentous algae on rocks. It can also feed on phytoplankton.

As for the reproduction of Acanthurus leucosternon, it is a species that forms stable couples, which release the gametes into the water column so that fertilization occurs and the fertilized eggs are spread by the currents. 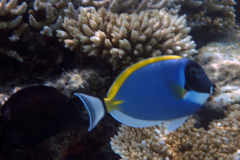 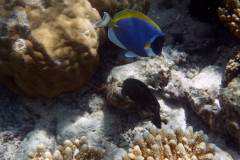 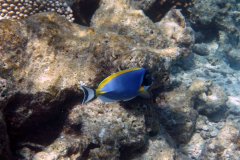 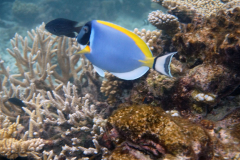 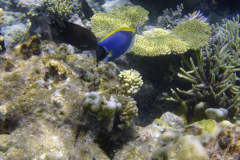 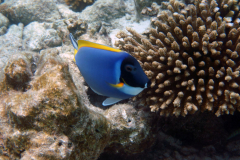 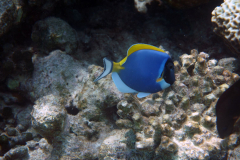 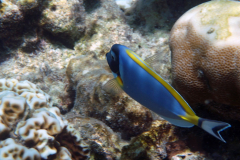 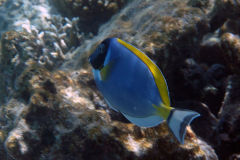 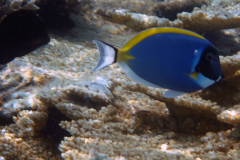 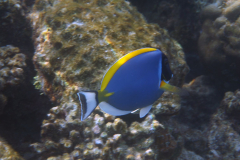 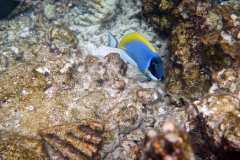 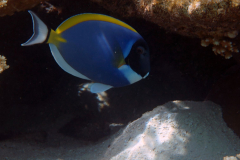 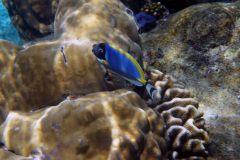 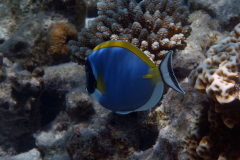