The bluespotted cornetfish or Fistularia commersonii is a fish of the Fistlaria family belonging to the order Syngnathiformes. It is common in seagrass beds as well as shallow coral reefs. It is distributed throughout the Indo-Pacific from the Red Sea to Panama, and from the coasts of Japan to Hawaii.

Fistularia commersonii feeds on small fish, as well as crustaceans and molluscs.

As for reproduction, it is an oviparous species that releases the eggs and sperm into the water, where fertilization occurs to form the larvae. At birth, the larvae are between 6 and 7 millimeters in size. 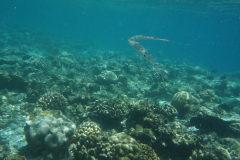 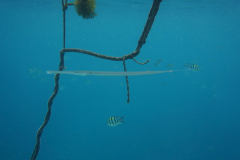 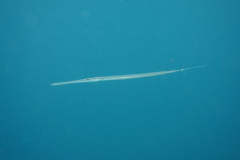 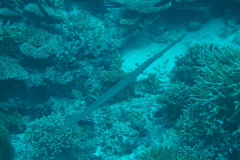 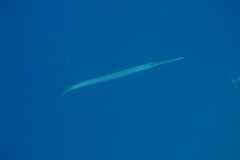 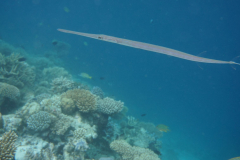