Within the order Testudines and the family Cheloniidae we find the hawksbill turtle or Eretmochelys imbricata. It is a sea turtle that inhabits the waters of the central Atlantic and Indo-Pacific oceans. It is often associated with areas of coral reefs or shallow water seagrasses and usually coastal.

Eretmochelys imbricata can reach 114 cm in carapace length and a weight of up to 80 kg. The carapace in adult specimens adopts an elliptical shape, and is formed by its dorsal face by 5 central plates and on each side of these, 4 lateral plates. The edge of the carapace has 11 pairs of plates, a central plate and two end plates. The central plate of the edge of the shell is not in contract with the first side plates. The color of the carapace on its dorsal side is variable from specimen to specimen. It is generally amber in color, with brown, red, black and yellow spots generally forming a fan pattern. The ventral face of the carapace is formed by 5 pairs of plates on each side plus 1 or 2 plates of irregular shape, all of them amber colored with brown spots on the back of each plate. The head of Eretmochelys imbricata is medium sized, narrow and has a pointed beak with non-serrated cutting edges. The head has two pairs of prefrontal plates, followed by 3 pairs of postorbital plates and a central plate. These plates have the margins of cream or yellowish color, while the central part is of darker color (feature less variable between specimens). The rear and front fins, also dark colored, have two claws each on the front edge of them. In juvenile specimens, the color is more homogeneous, and predominantly brown with pale spots on the scales of the rear of the carapace.

The diet of Eretmochelys imbricata is very varied, finding among its prey to corals, tunicates, algae and sponges.

Its wide geographical distribution, also implies a wide region of reproduction, from the parallel 25°N to the parallel 35°S. Eretmochelys imbricata specimens will migrate to the beaches where they were born, to reproduce during the hottest months and the rainy season. The act of mating is preceded by a courtship in which the male stands above the female, and with his fins and tail, immobilizes her. This can last several hours. Polygamy is the norm in this species. Generally, the females lay their eggs alone, using the same area for their lifetime. It is estimated that an adult female lays her eggs every 2 or 3 years. These clutches occur at night, when the female digs a hole in the sand to deposit the eggs. She usually lays several partial clutches, spaced 2-3 weeks apart. In each of the partial clutches, between 51 and 250 eggs may be laid. The eggs, white in color, have a diameter of between 20 and 45 millimeters and weigh between 20 and 31 grams. The incubation of the eggs lasts between 47 and 75 days, after which the young are born, generally in the early evening when the temperature of the sand is below 28°C, with sizes between 38 and 46 millimeters and 8-19 grams in weight. After successfully leaving the nest and reaching the surface of the beach, the hatchlings move quickly to the shore and will not return to the coast until their carapace grows above 20 cm in length. Sexual maturity occurs when the specimens are between 68 and 80 cm in carapace length and weigh between 40 and 56 kg. 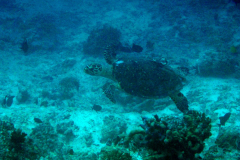 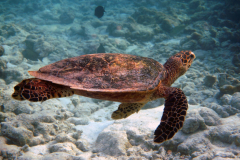 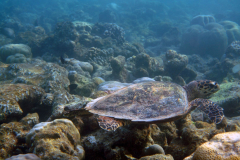 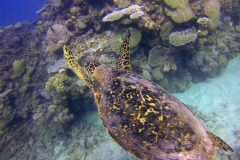 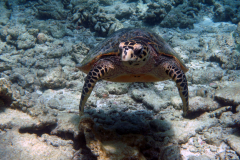 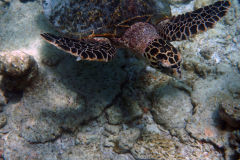 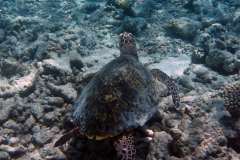 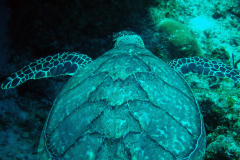 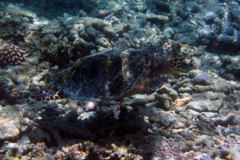 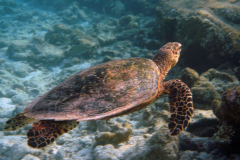 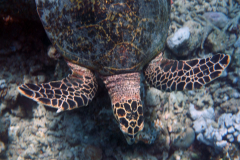 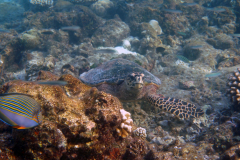 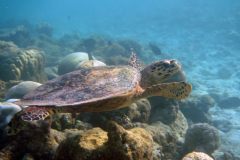 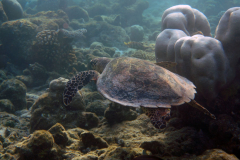 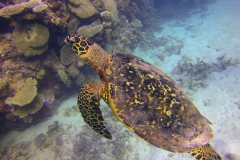 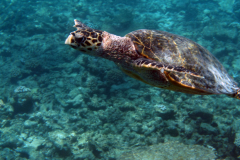