Arothron nigropunctatus is a fish belonging to the order Tetraodontiformes that inhabits the coral reefs of tropical seas, at depths of up to 25 meters. Its geographical distribution ranges from the waters of East Africa to the islands of Micronesia, Samoa, the waters of southern Japan and Australia.

As for the coloration of this species, it is variable in terms of the base color of the body, from grayish, to light brown, through bluish, yellow, orange and sometimes with two shades of the previously mentioned colors. Generally around the eyes and mouth, the body coloration is usually somewhat darker than the rest of the body. Regardless of the coloration, there are several dark spots of variable size and shape all along the body.

Arothron nigropunctatus is a diurnal species, shy and very territorial, especially during the breeding season, and is usually found solitary. It possesses a toxin, like all Tetraodontiformes, tetradotoxin, which is capable of killing those species that try to devour it. For this reason, it is generally a species that other species will not try to capture. In case any species tries to capture it, it also possesses the ability to inflate its body by ingesting water or air, and considerably increase its body volume, thus preventing it from fitting into the jaws of the attacking species.

The diet of Arothron nigropunctatus is varied but carnivorous based, finding among the species it feeds on small invertebrates, sponges, algae, Acropora, crustaceans and molluscs. 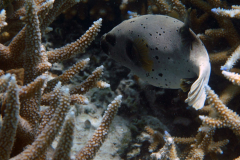 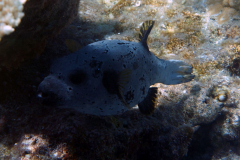 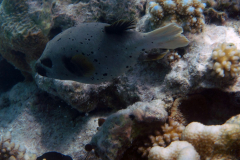 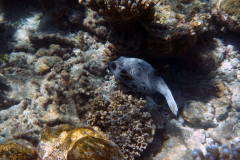 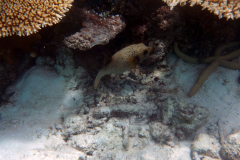 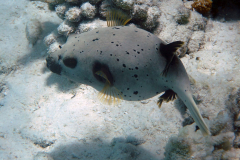 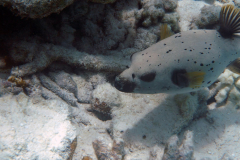 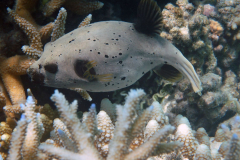 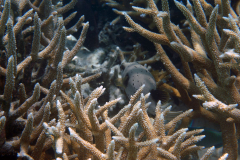 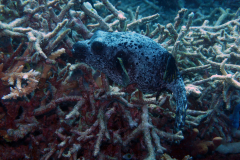 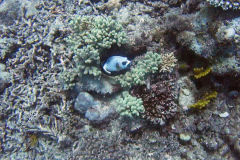 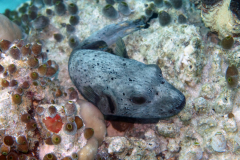 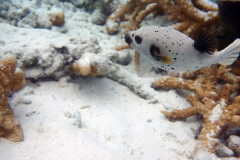 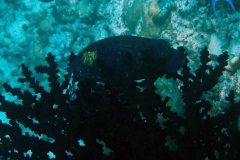 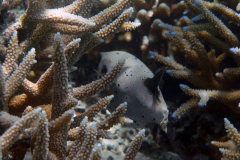 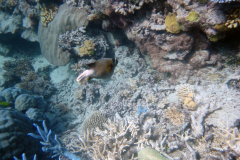