Chaetodon ulietensis is one of the 88 members of the genus Chaetodon, which together with 11 additional genera make up the butterflyfishes family (Chaetodontidae) in which a total of 129 species are currently described. This species lives in the tropical waters of the Pacific Ocean, and in some areas bordering the Pacific Ocean and the Indian Ocean. They range from the Cocos Islands to the Tuamotu Islands and Japan. They are generally found in waters up to 20-30 meters deep and associated with reef channels with high current presence.

It is common to observe the specimens of Chaetodon ulietensis in isolation, although it is also possible to observe them in the form of small groups. During the reproductive season, pairs are formed that will release eggs and sperm into the water column, so that fertilization occurs and the dominant currents spread their offspring over a vast territory.

Regarding the feeding of this species, the shape of its face already gives us some clues. It inserts its snout among the corals and rocks to look for small invertebrates as well as some algae. 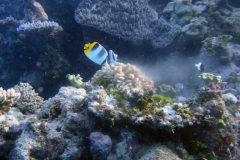 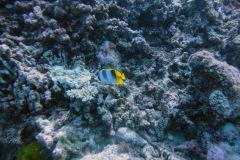 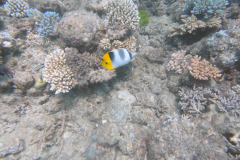 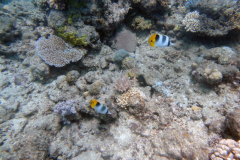 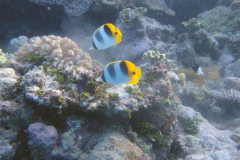 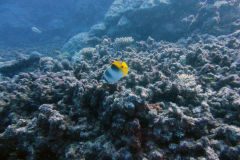